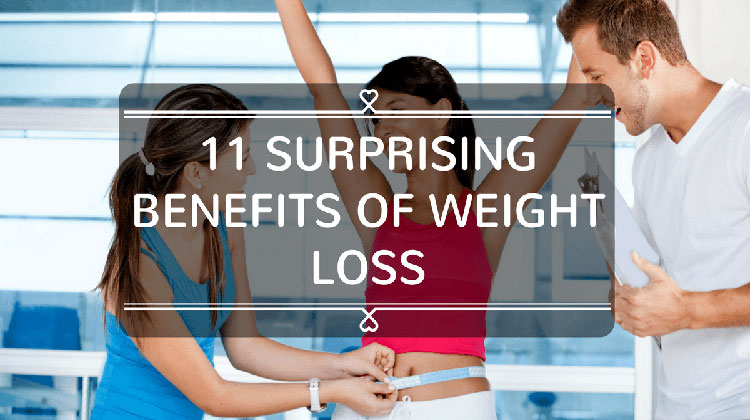 Taking dietary supplements in the form of pills without even shedding sweat is a pure act of desperation, isn’t it? Splurging your hard-earned money to stuff that risks your ﻿﻿health and worst your life is not a practical step and wise decision. But let me tell you something – shortcuts will lead you to destruction.

The question is – Is there any other way to cut down your shaming fats and eliminate insecurities from your life? My answer is – definitely YES! This article will show the exciting benefits of weight loss.

Almost all of the people you see in the gym, running in the park, swimming at the local pool have the same goal and that is to lose weight. They have probably heard the equation eating less + exercise = weight loss. Dana-Farber Cancer Institute and Harvard Medical School spearheaded a study that was published in Nature “has help clarify exactly what’s going on at a cellular level when you go for a run or hit the elliptical. In a nutshell – exercise causes your muscles to tell your white fat to turn into brown fat.”

It is perceived as normal when human tend to look after his/her self-worth – it’s a psychological thing. According to Dr. Pulkit Sharma, Clinical Psychologist and Psychoanalytical Therapist at VIMHANS Hospital, Delhi, there are 10 ﻿﻿﻿﻿ways in which exercise boosts confidence: sense of achievement, enhanced well-being, physical health, appearance, change of mindset, reliable anchor, socialization, competition, sexual performance and attention and concentration.

The stress hormone cortisol raises levels when you feel exhausted and exercise helps attack stress. According to Matthew Stults – Kolehmainen, PH.D., a kinesiologist at the Yale Stress Center in his column at HuffPost Healthy Living that raising one’s heart rate can actually reverse damage to the brain caused by stressful events.

A research was conducted by Health and International Development regarding the association between physical activity and cognitive decline and dementia. The research conclusion says, “Longitudinal observational studies show an association between higher levels of physical activity and a reduced risk of cognitive decline and dementia.”

Science research proved that Children’s brain development is linked to physical fitness. The study published in Science Daily found “an association between physical fitness and the brain in 9-year old and 10-year old – those who are more fit tend to have a bigger hippocampus and perform better on a test of memory than their less-fit peers.” Also, it is proven that adults who indulged themselves in running improved their vocabulary retention.

Do you know that dopamine (referred to as the “reward chemical”) is responsible for your every addiction on drugs, alcohol, foods or even sex? Exercise helps in regularizing your appetite and dependence on dopamine. Short exercise sessions can distract drug or alcohol addicts makes them deprioritize their endless cravings. When you’re addicted in alcohol, your body clock disrupted. Exercise helps you recover yourself and hit the hay at the right time.

Exercise has proven to improve a number of health problems including diabetes, high blood pressure and arthritis. Mayo Clinic sited three ways where exercise alleviates anxiety includes releasing feel-good brain chemicals that can ease depression, reducing immune system chemicals that can worsen the depression and increasing body temperature that can have a calming effect. A big motivation to exercise is the key to eliminate your worries.

When your creative juices refused to flow, try running for a kilometer of two. Sally Koslow, the author of the blog Health, testified how exercise helped her squeezed her creative juices. In her blog entry entitled “How Exercise Makes You More Creative”, Sally quoted the statement of Dr. Pierce J.

Howard, managing director of research and development at the Center of Applied and Cognitive Studies in Charlotte, “When you work out, your body flushes out cortisol, the hormone that helps trigger the ‘fight or flight’ response when you’re stressed, and which also shuts down brain functions for creativity and problem-solving.”

When your self-esteem and emotional health improves, your social skills and relationship with others also improved. Reaching out to others will become easier because your self-confidence boosts most especially when you meet people who belong to the same circle of interest. Meeting strangers mostly happen in a gym, local pool and tennis court. You’re lucky if you encounter someone during your regular walks at the park.

Exercise is widely known as a cure for fatigue. Researcher Patrick O’Connor said in a news release, “A lot of times when people feel fatigued, the last thing they want to do is exercise.” Many studies conducted to quantify the effect of exercise to energy levels and 90% of them show the same thing, O’Connor added, “sedentary people who completed a regular exercise program reported improved fatigue compared to groups that did not exercise.

A study published in Mental Health and Physical Activity journal gathered more evidence that linking exercise to better sleep. The study concludes, “People sleep significantly better and feel more alert during the day if they get at least 150 minutes of exercise a week.” Brad Cardinal explained about the methodology of the study, “We were using the physical activity guidelines set forth for cardiovascular health, but it appears that those guidelines might have a spillover effect to other areas of health.” He added, “Increasingly, the scientific evidence is encouraging as regular physical activity may serve as a non-pharmaceutical alternative to improve sleep.”

Did you enjoy reading my article? I hope I was able to help you in addressing your problems with weight loss through the benefits of the exercise programs provided in this article. I will appreciate if you would take the time to give us a feedback or suggestions to further improve the topic through leaving a comment below. It would be much better if you could help us share the good news to other people you know. Don’t hesitate to spread the good news!

Hi there,
I’m Gregory Brown, chief editor at ConstructMuscles.com
I spend half of my time in this blog while the other half on being physical fitness trainer. Believing in the great benefits of bodybuilding and fitness to the body, I’ve been motivated to become a fitness enthusiast. It also was what gave me the self-confidence and assurance within myself both physically and psychologically. 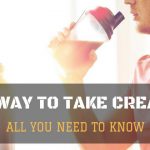